​Chelsea are hopeful winger Callum Hudson-Odoi will return to full training in early August after making significant progress in his recovery from an Achilles injury.

The 18-year-old looked electric in his 24 appearances for the Blues last term, forcing his way into former manager Maurizio Sarri's first-team plans. However, Hudson-Odoi's breakthrough season was brought to an untimely end against Burnley in April, with the starlet rupturing tendons in his ankle. The ​Blues youngster was initially expected to miss the beginning of the 2019/20 campaign, but Barcelona-based surgeon Ramon Cugat has given him the all-clear to take part in training with the squad at the start of next month.

Cugat - who is often called upon by ​Manchester City boss Pep Guardiola - was the one to carry out Hudson-Odoi's operation following the ​Clarets clash and the Spaniard has instructed his patient to begin increasing his workload.

The winger is now weeks ahead of schedule and has started running once more, meaning he will soon be able to take part in full sessions with his Chelsea teammates, who returned for their pre-season preparations on Wednesday.

Frank Lampard was ​unveiled as the new man in charge at Stamford Bridge on Thursday morning as the Blues prepare for camps in Ireland and Japan as they ready themselves for a testing ​Premier League season ahead. 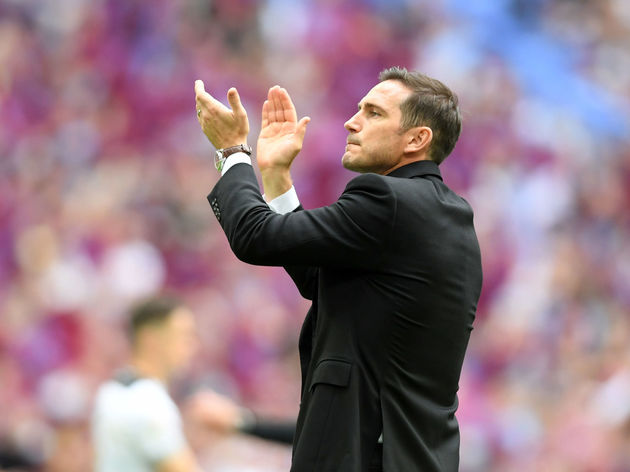 However, Hudson-Odoi is due to remain in west London to focus on his fitness. Nevertheless, his return will come as a sizeable boost to Lampard, who cannot make any signings after the Blues were hit with a one-year transfer ban by FIFA.