Hudson-Odoi emerged as a potential X-factor for Chelsea under Maurizio Sarri last season. But he has so far been unavailable to Frank Lampard in what have been a difficult couple of weeks for the new boss, after a win-less start to his tenure as manager. Chelsea’s official website described Hudson-Odoi as looking ‘bright’ as he joined the rest of his teammates for Monday morning’s training session.

A report from the Daily Mail suggests that the home-grown starlet will be properly considered for selection after the September international break, allowing him a little more time to build up his fitness and resilience after an extended spell on the sidelines.

That means he won’t feature when Chelsea face a potentially dangerous Norwich side at Carrow Road. Where Chelsea are still searching for a first win of the campaign, the Canaries have impressed after making Liverpool sweat – before losing 4-1 – and thrashing Newcastle.

As well as Hudson-Odoi’s return, Chelsea forward Michy Batshuayi has been tipped to stay and fight for his place at Stamford Bridge until at least January, rather than look for a move away before the remaining summer transfer windows across Europe close.

Batshuayi hasn’t played a competitive first team game for Chelsea since January 2018, having spent time on loan at Borussia Dortmund, Valencia and Crystal Palace. But the Belgian did score twice and assist another for the Under-23 side against Liverpool on Monday night.

He tweeted afterwards that it was an important game for his confidence and now appears to be targeting a role in Frank Lampard’s squad.

According to the Evening Standard, Batshuayi hopes he will get a chance in the first team when Lampard has to start considering rotation options, as Champions League and EFL Cup commitments will soon begin. But the player

The 25-year-old, a £33m buy from Marseille in 2016, has shown that he can score goals in the Premier League when given the opportunity to play, netting five times in 11 games for Crystal Palace in the latter half of last season. 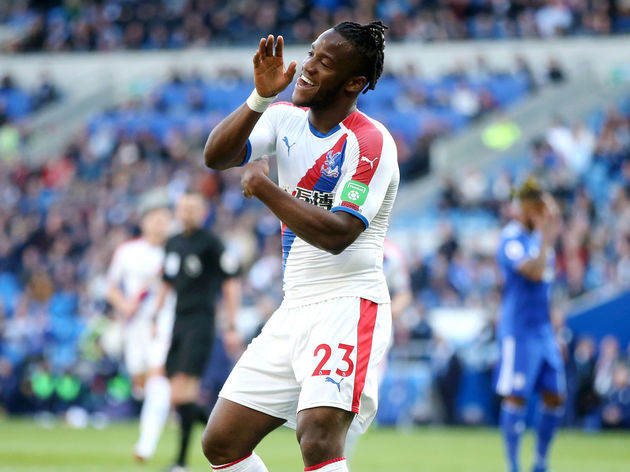 Olivier Giroud and Tammy Abraham are Chelsea’s only other recognised central strikers.