Billy Gilmour Could Be Exactly What This Chelsea Team Is Missing

​Chelsea's 2-1 win over Hull City on Saturday was positive for a number of reasons. There were several impressive performances, and one of the finest came from young midfielder Billy Gilmour.

The 18-year-old only saw 22 minutes of action after replacing Mason Mount as a second half substitute, but that's all the time he needed to prove to fans that they should be incredibly excited about him. 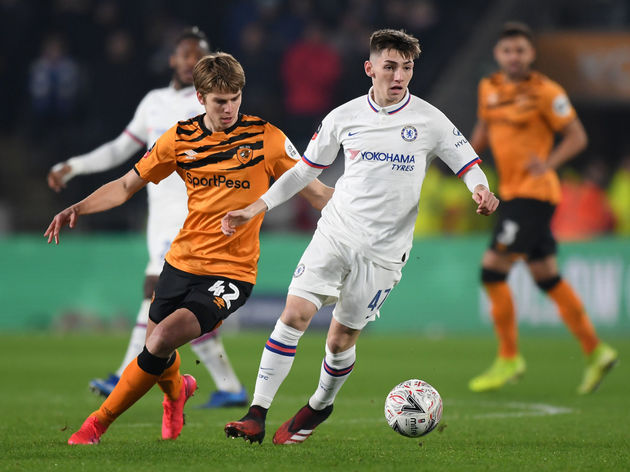 Having sat on the bench and watched ​Mateo Kovačić​Chelsea "I thought Billy Gilmour was the best player on the pitch for the period of time he was on the pitch," Lampard told the club's ​official website.

"He came in, he passed it, he moved it, he played the simple pass through the lines, he had little bits of contact. I trust him to come on and do the job."

What makes Gilmour so exciting is his versatility and well-rounded skill set. Primarily a creative midfielder, the Scot's bread and butter is passing the ball, but that's just the start of what makes him great.

His level of composure is almost frightening, as are his vision and agility. When Gilmour is on the ball, it's not easy to get it away from him, which is made all the more impressive when you see his diminutive frame.

Despite his size, Gilmour boasts a tenacity and willingness to get physical which Chelsea haven't seen since Diego Costa. Yes, he may not have the raw power to make the same impact as the striker, but that still does not deter him.

Not only does that make him a dangerous creator, but it also means he is a fantastic tackler. He wants to close down opponents and is not afraid of getting hurt doing so.

Here's part one of @benhainess' exclusive chat with #cfc's Billy Gilmour - sounds like he's having a swell time this season @billygilmourrr https://t.co/TRiDqUeQyp

That willingness to do the dirty work makes Gilmour almost a hybrid of each of Chelsea's senior midfielders. He has vision like Jorginho, passing like ​N'Golo Kanté