Alvaro Morata: Chelsea Must Not Even Think About Cutting His Atletico Loan Short This Summer

​Chelsea have had some truly awful strikers throughout the years, but Alvaro Morata has to be up there amongst the worst. His 18 months at the club were nothing short of atrocious for everyone involved - apart from opposition goalkeepers.

Seeing him leave the club in January was supposed to be the end of the nightmare. He didn't want to be at Stamford Bridge, and fans didn't want him there either. Replacing him with Gonzalo Higuain was hardly much better, but that's beside the point.

But now, here we are, facing the terrifying possibility of Chelsea ​terminating Morata's loan this summer. Help. 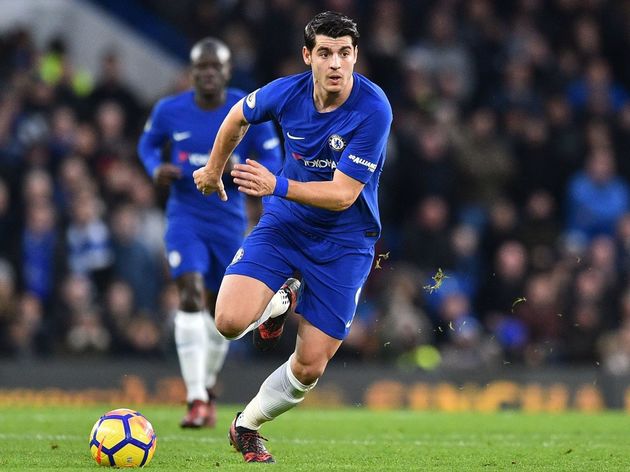 The next 12 months could be the hardest in recent memory for ​Chelsea. There's the two-window transfer ban to deal with, and then the transition into an ​Eden Hazard-less existence is almost certain to be difficult. The Blues need all the luck they can get, and ​Morata is seemingly allergic to good fortune.

He missed chances, took up a permanent residence offside, and almost looked to be a burden on his teammates for the majority of his 18 months at Stamford Bridge. He was not a reliable goalscorer, and he did not show anything close to the level of talent that is to be expected of a Chelsea striker.

His inclusion in the team would lead to countless problems on the pitch, but it could be away from the pitch where fans see more issues. If Morata is starting for Chelsea, that means Tammy Abraham is not.

Would Abraham push for a move away from Stamford Bridge if he does not play? Probably. He did say it was '​now or never', and fans wouldn't be able to sleep at night if Morata was the man to force Abraham away.

There's also the small matter of Morata's burning desire never to return to Chelsea. It seems like all he has done since moving to ​Atletico is talk about how much he hated his time in London, insisting that all he wants to do is ​retire in Madrid - and Chelsea need to let him. The idea of trying to scare Atletico into shelling out £50m on a permanent deal is intriguing, but it could backfire spectacularly. If he comes back to Chelsea, his value will almost certainly plummet, and then the Blues may have to let him walk away for free, like they did with Fernando Torres.

It's not worth it. Let him stay in Madrid, and let Atletico buy him whenever they feel like it. Please.