8 of the Worst Goalkeeper Signings of All Time

He's going to go down as an all-time flop unless something changes drastically, so let's have a look back through the archives at other keepers who didn't live up to the billing. Alright, I'll hold my hands up here (unlike Kepa lol), I defended the Kepa signing for about a season and a half. £72m is a vast amount of money, but if you get a decade of a first-choice keeper out of it then it's a bargain, right? Everyone wins. Plus, relatively inexperienced goalkeepers take time to adapt to English football, and, and...

Scrap it all. Have you ever seen him in person? Not like 'in the stadium', actually up close and personal? He's tiny. He's Pickford-sized, without even being stocky like the little T-Rex-armed Everton fella is. He's listed as 6'1, but so's every 5'11 lad on Tinder. Kepa is only 6'1 in heels. Maybe in studs, standing on hard ground. On his tip-toes.

He's got some good qualities as a keeper, but when you do have the shot-stopping deficiencies he very clearly does...the only way to make up for those is physical gifts. He doesn't have those either.

Gomes' first season at Spurs saw the club's goalkeeping coach sacked – with the club in the relegation zone in November – because he kept screwing up.

He was okay for a bit, between injuries, and then he got sent off against Inter, let bad goals in against Chelsea and Real, and...then Spurs signed a 60-year-old Brad Friedel on a free transfer to supplant him. Don't think anything more needs to be said. How to choose?! Since Gareth Bale broke Joe Hart at Euro 2016, he's been shunted around clubs for fun, never staying in any one place too long – although he's made it 18 full months (19 league games) at Burnley now.

Was the Clarets paying real money for him the worst move? Was it West Ham taking him to displace Adrian (?), him conceding 39 goals in the half-season he played and Adrian conceding 29 in the 19 games of his own once Hart was dropped?

No. It was his first reign of terror in Turin, where the fans initially took to him...then started calling him the 'Butterfly Catcher' for the way he would flap wildly at crosses and miss them. Torino conceded the fourth-most goals in the league that season. He got binned off at the end of the season, back to Marseille where he immediately became their number one option. No player in Europe's top five leagues played a higher percentage of their team's minutes

Yeah, you remember this. 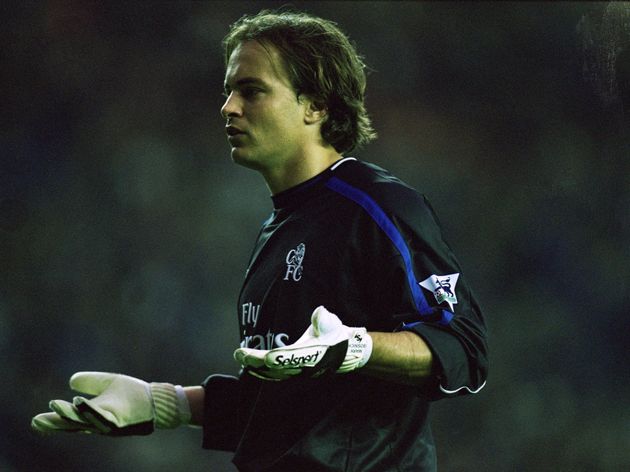 Yeah, remember Mark Bosnich? Signed for Chelsea on a free at the start of 2001, didn't play that season on account of injury and fitness issues. Okay, that's not great, but...hang on, he was making Problem is that instead of doing any of that, he signed for Liverpool as a professional football goalkeeper – a job he is singularly ill-suited to, on account of him having a giraffe's brain controlling a human body.

He conceded 47 goals in 49 Liverpool games. Not awful (although his replacement has conceded 45 in 73...) but it's all about the Champions League final. Right? Yikes. Oh no. The £4.5m signing from Venezia (the Venetian Blind lol) was brought in to compete with