6 Positions Chelsea Must Strengthen (From Within) to Compete Next Season

Yes, Chelsea fans may be caught up in Frank Lampard hysteria right now, but the likely return of the club's greatest goalscorer won't instantly solve all of their very pressing problems.

Two devastating injuries, the loss of a generational player and a transfer ban head up that sh*tlist, and with the latter still showing no sign of a reversal, it will likely be left to the club's - admittedly ample - reserves list to plug these squad holes.

So, which positions require the most strengthening, and who can strap on the backpack -- from within? Yeah, Chelsea have strikeforce issues. If you didn't know that, you haven't watched the Blues since they won the title under Antonio Conte.

But, there is some solace to be found, namely in the continued emergence of Tammy Abraham. No, the Aston Villa loanee is still not the finished article, in fact, he's only just finished his first draft, but he's a goalscorer and, at this point, that's all we can ask for.

Can he string together play with flicks galore? No. But he's your archetypal poacher, and we've had far too many of the former and far too few of the latter in recent times.

An Improvement on Davide Zappacosta Since schooling the rest with their wingbacks in that last Premier League title victory, Chelsea's full-backs have been far from reassuring. Thankfully, everyone is now aware of the sh*tshow that is Marcos Alonso, and the slightly-less-hazardous Emerson has come in to take his first-team place.

Unfortunately, the Blues opted to sell their only other real backup on the left - Ola Aina - to Torino, so there's unlikely to be any stop-gapping there, but relax, because Reece James is coming. Yes, Cesar Azpilicueta was still one of the best players last season, but his days of parading down the flanks as the league's best full-back are gone. Nowadays, he's clearly better suited to a central three and, should Lampard oblige, then the God Reece James can fill in full-time on the right.

If not, the Wigan captain - yeah, he was that good - can occupy the Davide Zappacosta (who will be lucky to get even a footnote in the Stamford Bridge history books) backup role for the time being. 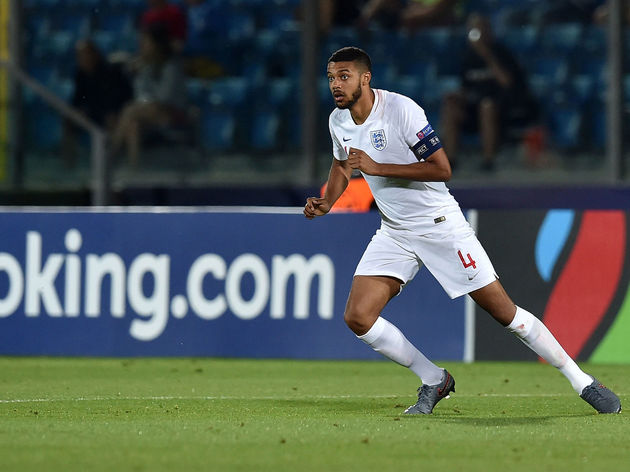 There was a big hoo-hah surrounding the departure of Gary Cahill, mainly because the man himself decided to make one, but, in reality, Cahill could offer the club very little in his final season as a Blue.

What he did provide, though - even if he didn't particularly show it with his impudence at the end - was leadership from the back, something that Chelsea are dearly, dearly lacking. Step in Jake Clarke-Salter. No, the 21-year-old is not a Champions League winner yet, but his command of the armband at U21 level internationally is a sign of his burgeoning talents in that field.

True, the European Championships weren't exactly a success, but we can blame Aidy Boothroyd for that, not the Vitesse Arnhem wonderkid. No, not Ashley Cole... although??? Anyway, with 55 appearances across competitions last season, Fikayo Tomori has a genuine wealth of experience to draw from, making him the perfect candidate to play backup to Antonio Rudiger.

Now, it's true that he is occasionally prone to a mistake or two - welcome to the Chelsea defensive family! - but his ability to retain his composure and focus following such errors has been his most endearing feature, with his bounceback against his parent club in the FA Cup especially impressive.

Again, if Super Frank utilises a back three, then central cover will be imperative, and Lampard's evident trust in Tomori will do him no harm in securing such a role in the squad. It's not news to say that the Pensioners - whose nickname shows it's worthiness in few positions greater than this - are lacking creative talent on the wings. This was, obviously/brutally/catastrophically, worsened by the loss of Eden Hazard and Callum Hudson-Odoi to Real Madrid and an Achilles injury respectively.

Yes, Christian Pulisic has arrived and will be entrusted with the mantle of 'Hazard heir apparent' right away whether he likes it or not, but still, the only other widemen in the squad are Willian and Pedro, who will be 31 and 32 come the start of the season. It's GoFundMe-worthy.

But wait. There's another option.

Now, the flanks aren't Mason Mount's natural territory, but he's played there at times for Derby last season and would surely relish the chance to snag a place in the squad, regardless of suitability. Why not? Yeh, no one said this would be easy. With Mateo Kovacic's future still up in the air, Ruben Loftus-Cheek's foot still suspended in a similar fashion and the prospect of watching Ross Barkley week in week out unthinkable, Chelsea are in the midst of a midfield crisis.

Step forward crisis-incarnate Tiemoue Bakayoko. That's right, the calamitous centre mid may be our only hope. But, trust me, he's changed. He's not the babbling fool he once was. He's different now. He's cultured. After a tricky start at AC Milan, the Frenchman really found his feet in Italy, becoming the player we all saw he could be when he was at Monaco.

No, he can't reliably provide the creativity Loftus does - who can? - or the whatever-it-is-that-Kovacic-does, but he's a decent defensive destructor and his running with the ball can be highly threatening when correctly channelled. We believe, Baka.